A UNIQUE programme aimed at upping collection and recycling rates, boosting green economy jobs and diverting waste from landfills has started to roll out across South Africa.

Following a successful pilot rollout in Thohoyandou and Sibasa in Limpopo in March last year, the Separation at Source programme has celebrated its launch in a second province – KwaZulu Natal.

The colour-coded green (glass), yellow (plastics), blue (paper) and red (cans) bins will appear at schools, communities and businesses in and around Umlazi and will allow residents and businesses to separate out their household waste for the first time. This means – at least for those who partake in the project – that only waste which cannot be recycled will end up in the municipality’s landfills.

Isphepho (isiZulu meaning ‘tornado’) collects recyclables from the community and also facilitates clean-ups in Durban. So far, 20 schools in Umlazi have joined the Separation at Source programme, with Isphepho collecting a minimum of 10 tonnes of PET plastic a month. Isphepho aims to increase the number of schools registered to more than 50 over the next year.

The 35-strong ambassador group comprises mostly unemployed graduates from disciplines including IT, public administration, speech and drama, conservation and agriculture. Londi Mbuyisa, who established Isphepho in 2018, says she was inspired to do so after founding another community engagement project in 2016. The organisation is self-funded by Mbuyisa, a senior lecturer in the Department of Nature Conservation at Mangosuthu University of Technology. None of the team earns a salary. 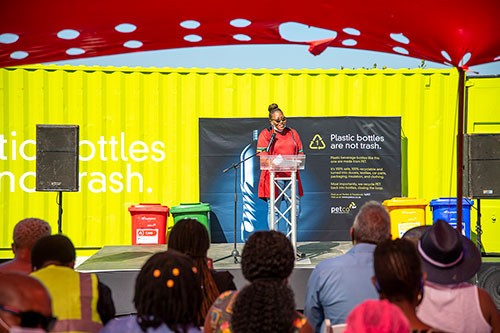 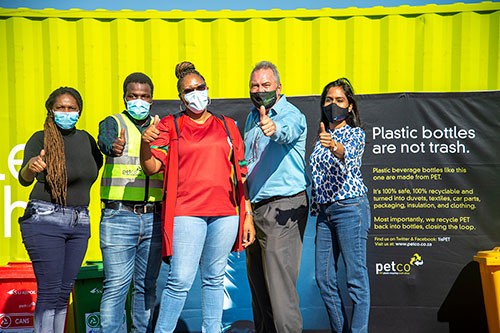 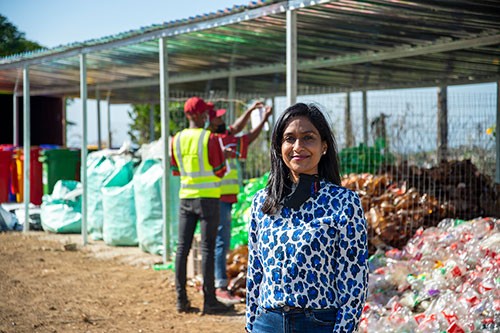 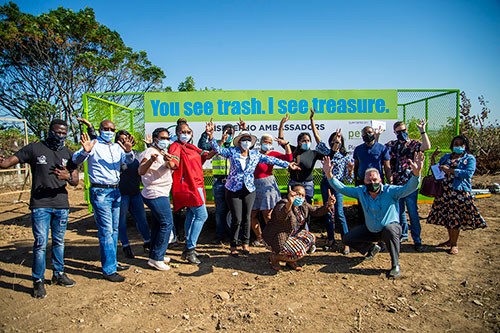 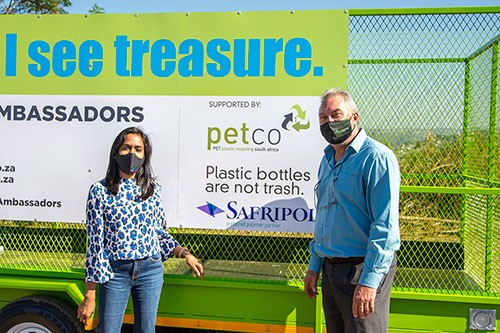 “The awareness and participation in recycling among Umlazi residents is very limited,” said Mbuyisa, whose vision is to create a focus within communities on the value of the circular economy.

Mbuyisa also plans to add value to the waste collected by using it for manufacturing construction materials such as bricks “to make affordable housing a reality for the community”.

“PETCO coming on board brings Isphepho one step closer to the realisation of our dreams,” said Mbuyisa.

Safripol sustainability manager, Dr Avashnee Chetty, said the company was “committed to supporting waste collection projects such as this as they are an important enabler to the circular economy.”

“Separation at source initiatives ensure that valuable recyclables stay out of the environment and are recovered for use in the recycling industry. These projects also have the potential to contribute towards improving the lives and livelihoods of the most marginalised communities,” said Chetty.

Belinda Booker, PETCO collections and training project manager, said there was “a huge need to support collection and recycling activities, especially in rural areas and townships where waste management is not well serviced or a priority”.

“PET plastic bottles are not trash. They are resources that can be recycled and brought back into the value chain, with local beneficiation,” Booker said. Partnerships at all levels of government, industry and civil society were the key to encouraging waste reduction and increasing collection and recycling, she added.

We use cookies to remember your preferences and give you the best experience on our site. Select "Opt Out" to disable all non-essential cookies.
Opt Out
Manage consent

This website uses cookies to improve your experience while you navigate through the website. Out of these, the cookies that are categorized as necessary are stored on your browser as they are essential for the working of basic functionalities of the website. We also use third-party cookies that help us analyze and understand how you use this website. These cookies will be stored in your browser only with your consent. You also have the option to opt-out of these cookies. But opting out of some of these cookies may affect your browsing experience.
Necessary Always Enabled
Necessary cookies are absolutely essential for the website to function properly. These cookies ensure basic functionalities and security features of the website, anonymously.
Functional
Functional cookies help to perform certain functionalities like sharing the content of the website on social media platforms, collect feedbacks, and other third-party features.
Performance
Performance cookies are used to understand and analyze the key performance indexes of the website which helps in delivering a better user experience for the visitors.
Analytics
Analytical cookies are used to understand how visitors interact with the website. These cookies help provide information on metrics the number of visitors, bounce rate, traffic source, etc.
Advertisement
Advertisement cookies are used to provide visitors with relevant ads and marketing campaigns. These cookies track visitors across websites and collect information to provide customized ads.
Others
Other uncategorized cookies are those that are being analyzed and have not been classified into a category as yet.