Reuse of packaging is an important driver for the circular economy. To ensure that no packaging goes to waste, over the past 18 months, Safripol at our Durban facility donated 2950 used bulk bags to various clean-up initiatives in Kwazulu Natal.
Gert Claasen, Safripol’s Technology and Innovation Executive said that Safripol is proud to support the various clean-up projects in the country which are making a positive impact in cleaning up and rehabilitating our natural ecosystems despite the various challenges this past year. He said that the bulk bags are used by waste reclaimers to collect all of their recyclable materials which can then be easily transported to various recycling centres. He further added that the bulk bags are reusable and fully recyclable. 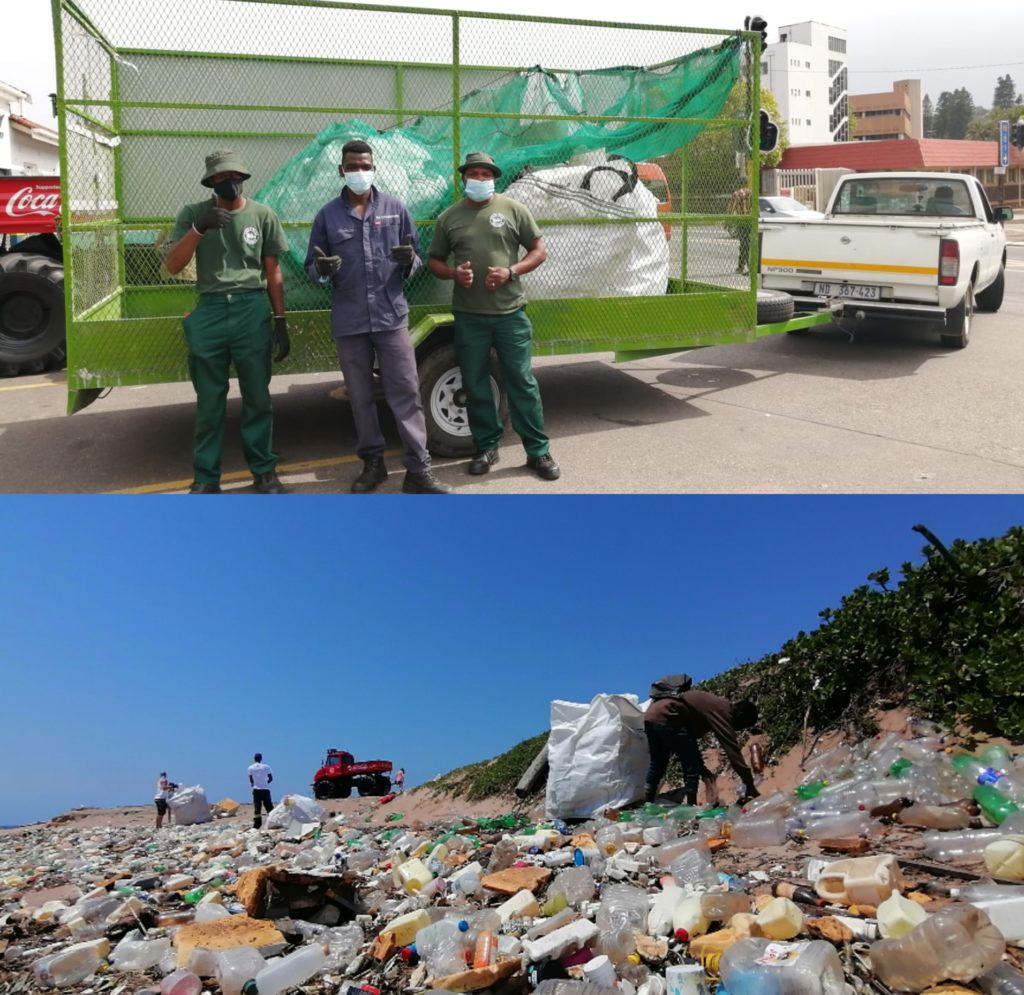 Some of the beneficiaries of the bag sponsorship included Waste Action Tribe, WILDOCEANS Blue Port Project, The Clean Surf Project, Sho-K Recycling PTY Ltd., and Green Corridors NPC, amongst others.
Denzil van der Westhizen, of the Clean Surf Project, a non-profit organization, focussing on beach clean-ups and educational programs along the Upper South Coast, said “Clean Surf Project Team wishes to express great gratitude to Safripol for generously sponsoring large amounts of 1 Ton bags during the course of 2019 as well as 2020”. He further added that the Safripol sponsored bulk bags has been a big advantage in enabling easy removal of tons of plastic waste from along the river embankments as well as the beachfront after severe rainfalls.

Denzil said that the Clean Surf Project has successfully collected general refuse as well separated and sorted recyclable waste in particular at Umbogintwini Beach during the second half of 2020. He also added that a new project has been launched at the Amanzimtoti Taxi Rank in November 2020 which is in close proximity to the Amanzimtoti River/Lagoon. He said several bulk bags are being used on a weekly basis to collect all recyclable waste that accumulates at the Taxi Rank, the Amanzimtoti CBD as well as the Lagoon, which are finally collected by the local waste management company SW Collectors for recycling”.

Another initiative which has greatly benefited from the 1 Ton bag sponsorship is WILDOCEANS Blue Port project. This project involves a group of young environmentally passionate people who clean the Durban port, focussing on reducing the amount of solid waste flowing into the port from key rivers and canals. Rachel Kramer, speaking on behalf of the WILDOCEANS, Blue Port project, had this to say “We would like to thank Safripol for the continued support and use of their bags which allows the Blue Port team to continue their efforts of removing plastic waste from the Durban Port and working strategically to address the influx of waste from the catchment.” 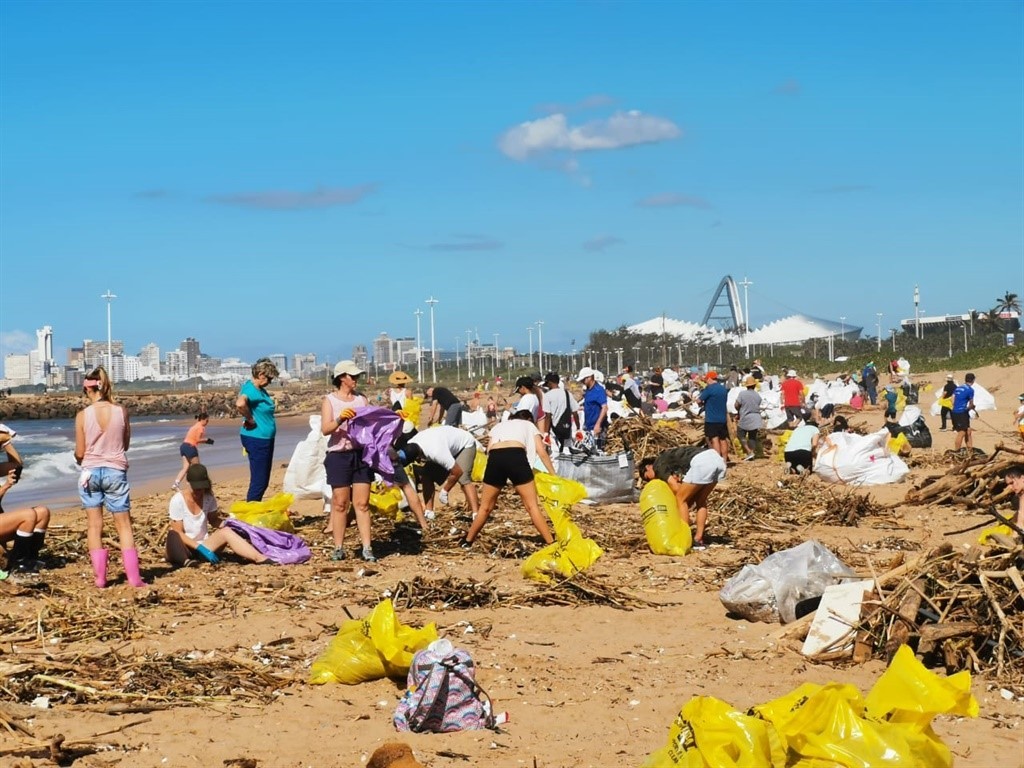 According to Lindsay Hopkins, Co-Founder & director of Waste Action Tribe, the 1 Ton bulk bags sponsorship by Safripol is like gold to the recycling industry – a simple item, yet it goes a long way. We reuse the 1 Ton bags that would otherwise head for local landfills, to collect the rubbish. We are grateful to Safripol for giving back and supporting us on the ground, this goes towards driving positive change.

Another beneficiary Shokwakhe Msephi Mtshali, owner of Sho-K Recycling PTY Ltd based in Cato Ridge KZN said: “These bags are amazing as they help us a lot when collecting and sorting out the recycling. We would like to thank you Safripol for donating the bags, stress free from the removal of plastic and glass, and so taking care of the environment”.

In addition to the bulk bags, Safripol also donated several 25Kg bags for the Green Corridors NPC. for their clean-up initiatives this past year, which including clean-ups in Quarry Road in Kwazulu Natal during the National Water week in March 2020, as well as at the Umgeni River mouth, the Blue Lagoon Beach and the Connaught Bridge along the Umgeni River this past December. Nick Swan, Green Spaces development manager, said: “Green Corridors sorts the collected materials into 3 categories: commercially recyclable, KMBC reprocessable and non-recoverable materials. Re-processables are sent to the Green Corridors KwaMashu Materials Beneficiation Centre (KMBC) for conversion into various moulded products. The bags provided by Safripol make the collection and transport of these materials much easier and more efficient. Green Corridors’ partnership with Safripol is deeply valued.” 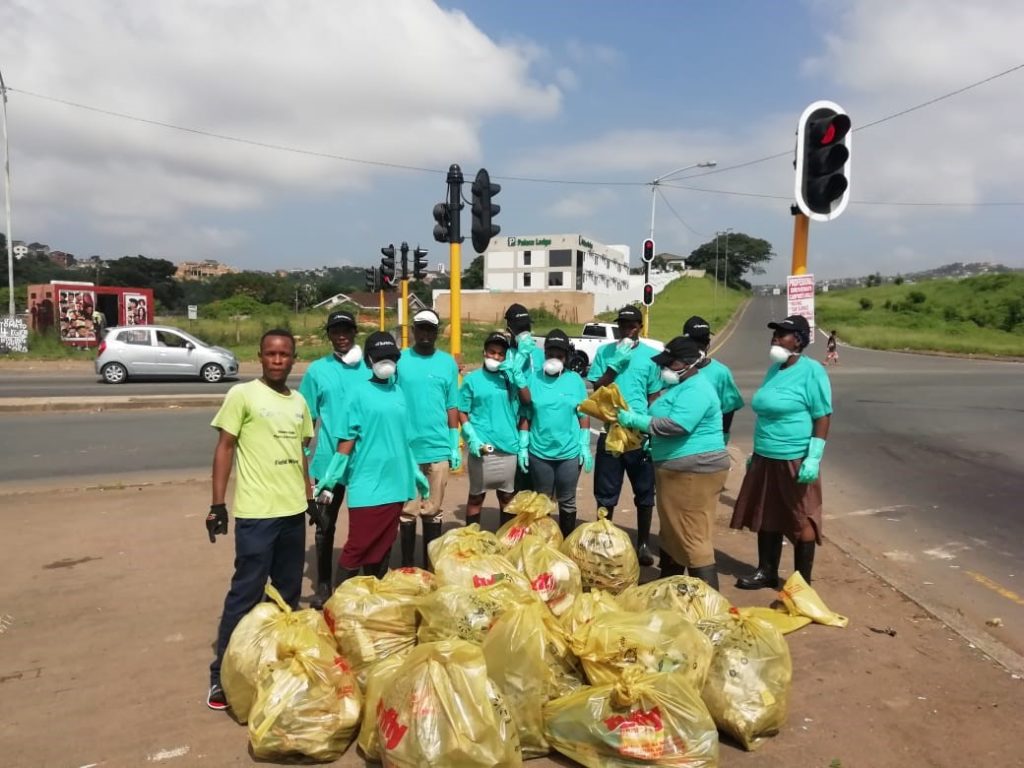 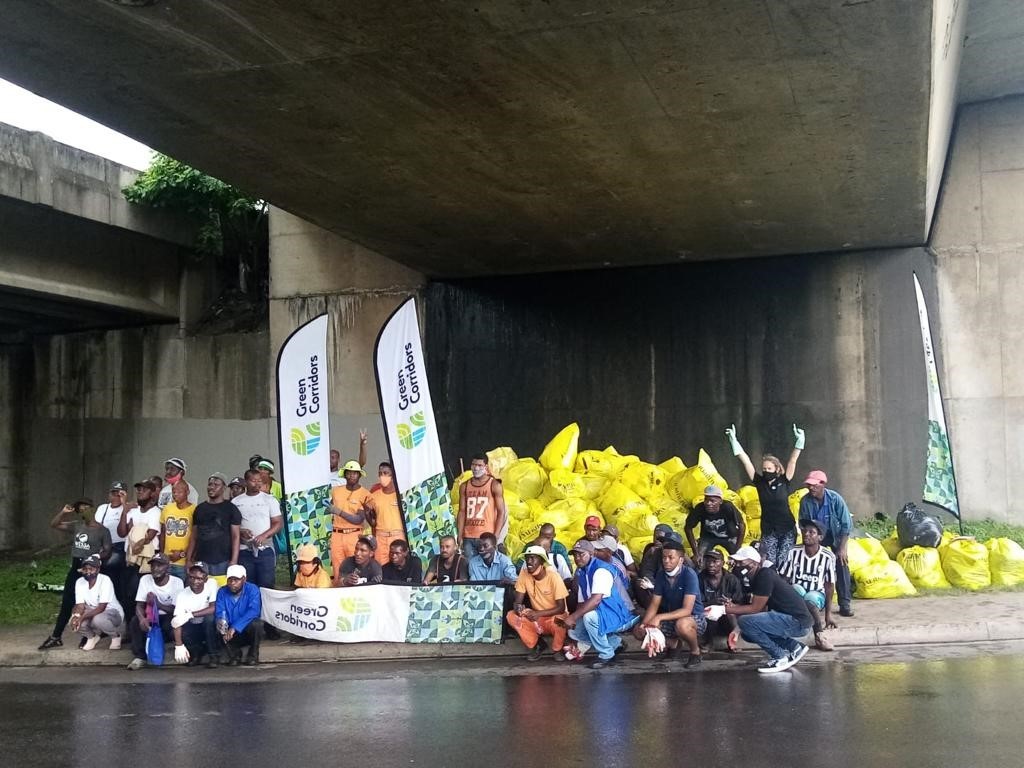 Avashnee Chetty, Sustainability Manager at Safripol said that Safripol is committed to Plastic Responsibly and we will continue to support existing and new clean-up and recycling initiatives throughout the country.
Back to top